A tried and tested system of holistic health care which has developed over the last 2500 years in China and the Far East.

Today acupuncture is the most widely used healing system in the world.

Based in ancient philosophy, and practised using modern techniques, it has been shown to benefit millions of people worldwide..
Book Online

From a western perspective, traditional acupuncture has been shown to alter the levels of many hormones, prostaglandins, and can affect the behaviour of white blood cells and antibodies. The biochemical changes alter and influence the bodies homeostasis mechanisms, thus promoting physical and emotional well-being.

Other modern theories are concerned with acupuncture’s effect on the central nervous system, cardiovascular system and others.

Stimulation of certain acupuncture points has been shown to affect areas of the brain that are known to reduce sensitivity to pain and stress (Hui 2010).

From an ancient perspective, ‘Qi’ or ‘Vital Force’ or ‘Bio-Energy’ exists and flows around our bodies via clearly-defined ‘Channels of Energy’.

The correct and optimum flow of this energy assists the bodies fight against disease and promotes wellbeing.

Whichever school of thought you subscribe to, there is a growing body of evidence to support the validity of acupuncture and its ability to help our bodies heal. I see plenty of anecdotal evidence on a weekly basis to have total faith in it’s efficacy. Darren Stoyle

Very good first appointment, especially time-wise. Did not feel rushed, he also listened to me regarding my health problems and I went away feeling hopeful that he could help with my condition – 5 stars

What can I say…? I have fibromyalgia. There is nothing the NHS can do for me other than give me pain killers. 3 weeks (4 treatments) with Darren and my pain is gone. I couldn’t leave the house without taking codeine as I was in too much pain to walk or drive and it hurt my arm to even lift a cup of coffee most of the time. Wish I had gone to see Darren a lot sooner – 6 sessions is cheaper than one private consultation (which I had been doing due to the NHS nor being able to help) and got nowhere with them either. Thank you Darren for giving me my life back! I had thought I would have to give up surfing for good. Thank you for giving the enjoyment in life back to me

I saw Darren as a last resort after suffering with sinusitis for years. I wish I’d thought about acupuncture as a remedy. Right from the first session I started to feel better and 3 months later I feel great and haven’t suffered with pain since! 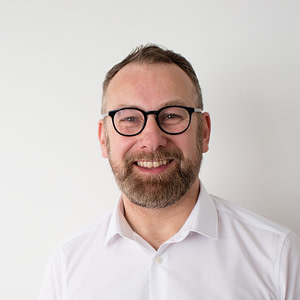 Latest from our blog...

Scar Work is a specialised massage technique whose purpose is to improve the function, appearance and feel of scarred tissue and underlying structures Why would

Most new patients come to us because they have been referred by existing patients – this is a fact we’re extremely proud of!

This offer is valid for all therapies offered by us.

When booking with us for the first time and you’ve been referred by a friend, please let our receptionists know so that they can organise your discounts.

Despite the current national lockdown announcement, we would like to reassure all our patients that

Riviera Wellbeing will remain open for all appointments.

As a regulated healthcare profession, we are happily on the list of businesses that are permitted to remain open at this time.

At Riviera Wellbeing we have all the necessary Personal Protective Equipment (PPE) and will continue to follow our high standards of infection control and follow a Covid-safe approach to patient care.

If you are worried about your attendance please contact us to discuss your concerns – we can always postpone your treatment until a later date.

Please complete our ‘Covid Screening Questionnaire’ which you will receive electronically 18-hours before your appointment. This is part of our robust triaging policy to ensure the safety of both patients and staff.

Stay safe and please contact us if you have any questions but we otherwise look forward to seeing you in clinic soon.